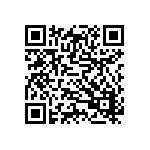 PerfMon is a floating performance monitor tool. It shows on top of any other app you are running. Aside from being useful for powerusers wanting to know what their device is doing, it is a great tool to use during debugging and profiling.

PerfMon will also show you a new and unique-to-PerfMon performance metric: CPU Capacity Usage. The CPU usage percentage traditionally used to measure and compare how much of the computational resources an app (or the entire device) is currently using does not make sense in a mobile multi-core setting. The capacity metric will take the CPU usage and scale it to what it would be if all cores were running at full capacity.

For example: if you have a 1.6ghz quad-core running a light app, it could be using 10% CPU with only one of the four cores active, and that core running at 200mhz. If you translate that to all four cores running at 1.6ghz, that app is using only 0.3% of total CPU capacity.

It's the only CPU Usage metric that makes any sense!

This window shows metric of the currently foreground (running and visible) application:

This window displays the disk I/O metrics of your MMC-based storage devices. Usually, mmcblk0 is your internal flash, and mmcblk1 is your removable SD-card. Please note that currently MTD-based storage is not supported by this display. Also note that the metrics displayed are raw I/O, so if the OS has I/O requests buffered/cached, you will not see anything happen here.

This window displays the network I/O metrics of your network interfaces.