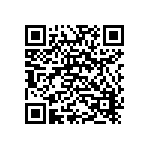 Ever wonder which is the first stroke of a Chines character during your learning? With this app, we list out every stroke of the common-used characters so that you can have better idea on the order.Key features:- Simple English meaning of each character- Stroke order of 4672 frequently-used characters in traditional Chinese character set, which is used in Taiwan and Hong Kong.- Cantonese and Putonghua pronunciationsA handy reference for learners at initial stage of learning Chinese.
Chinese Character Stroke 歷史版本