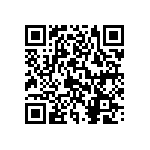 About Dawn of Warfare A strategy game of modern war like never before! Dawn of Warfare is where you act as a commander to build up military bases in the wild desert, recruit globally renowned Champs, and train modern units of armor, air force, and special forces. With a strong army backing you up, go and grab for city resources and dominate war zones across the globe – paving the way to be the mightiest frontline commander! In a gameplay that goes beyond the traditional SLG mode, battles will be fought in a way that only the strategy-minded commanders can trump in the end. On a constantly changing battlefield, your perfect combination of strategies and tactics will make you stand out!Features:------Renowned Champs and War StrategiesMore than 30 first-class Champs at your pick. Build a mighty army integrating Champ Skills with fancy modern weapons.------Take Cities and Dominate the WorldOn the expansive war zone map you can see more than 40 cities of the real world. You are tasked to take back these cities from the rebels scattered in multiple war zones, and get ready to repel new invasions.------Build a Base and Train an ArmyA military base is what you need at war times, so as to train diverse units of infantry, armor and air force that constitute a strong army.-----Join a Warband to Fight TogetherGreat minds think, and fight, alike! Team up with Warband Mates to eliminate rebels, and together you can form a mighty force preventing friendly territories and cities from enemy invasions.contact us: https://www.facebook.com/DawnOfWarfare
Dawn of Warfare 歷史版本