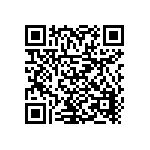 “Kung Fu Attack 2 - Fist of Brutal”that'll revive all those nostalgic memories and allow you to relive the classic arcade strategy games you grew up on!It’s not easy to be a winner in a brutal showdown. Face different enemies defeat them and knock down them from the ring. Use quick reflexes and special moves, unleash hard punches, hit perfect kick and combos, beat all opponents and become the King of battle.“Kung Fu Attack 2 - Fist of Brutal”brings an unprecedented combat experience to you! [Game Features]- More Heroes: Lee, Koku(ssj, ssj2/3/4)- Classic controls have been made even better!- Amazing graphics and smooth animations!- More Real looking street fighting effects!Enjoy crushing your enemies!- Arm your Fist, learn varied skills.- Face varies of enemies! Defeat them and take all their territories!Don’t underestimate them though! They are powerful street fighters. Upgrade your character’s Health, Punch Power, Kick Power and Weapon Technique to beat stronger enemies.Use punches and kicks with accuracy and quickly. Take timely decision, attack on enemy with punches and kicks on proper time and block enemy attack using accuracy and speed in your actions. Use enemy power against himself. In the sense of real combat game, fighting coherent action is strong, you are presented a visual and sensory double enjoyment, continued passion and blood at the same time.Rage is on! Stick to your fist and prepare for a ruthless battle in city mayhem. Download “Kung Fu Attack 2 - Fist of Brutal” Now for free.The combat never ends!
Fist of Brutal 歷史版本