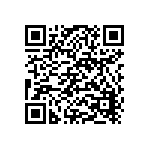 Welcome to a unique and totally different 3d game of football fighting club. in this game you will fight as a wrestling fighter much like a soccer player fighter. so don't miss this chance to play a unique players fighting game.Are you ready to play this superheros soccer player fight game? so you play many fighting wrestling or kung fu fight games but this is different because of there unique themes and there different look. in this superheros soccer fight game many players for to you. select your best one for fight. there are different modes of this game and levels. You fight with your opponent player and hit them punches combos face shots and kicks. just like a thai or kung fu wrestling fighter. so select your best choice fighting player and attack your opponent in different type of fighting rings on the field. you can select the player VIP area to fix your difference in a fight between football fighting stars, in the dressing area it is also a good place to find ways and to fix things. You can choose different football heroes as per in game availability. you can hit punch and kick, kick on the face at right time and become victories in this superheros fighting 3D game. Do not let your opponent to hit your on right place for becoming hero. Characteristics:- Superheros punch Fighting.- Collect cards from your favorite players and fight them off.- Incredible hero combos.- Quick fight mode.- History mode.- Combat in 5 different dynamic scenarios.- Play from any device with your game saved.- World leaderboard of wrestlers.- Collect and improve 20 players for the fight.- It vibrates with its unique and vibrant original soundtrack and HD sound.Get better choosing your final blows. What combat warrior techniques will you teach them this time a a Karate kung fu master free style combos punching and kicks.Enjoy the unique and best of free 3D fighting games and all the tension of street fights, awaken the wildest side of the players and defend the honor of your best warrior team in this fighting league, this is the true champion of the football player fight. Compete against combos of free style masters of kung fu, mma, karate, fight, boxing, to entertained your self an epic mortal combat in which you can choose many players.To defend yourself from enemy attack in a clash of football teams opponent player use soccer kick, boxer punch free style combo and wrestling throw. Fight against enemy player using various fighting styles like boxing, wrestling and karate. Perform football kicks like a kung fu master, learn tricks and martial arts, how to fight hand to hand and use your fighting skills in a best of football fighting games. Use your fighting tactics and skills of the football player to become the best hero of soccer fighting game. unlock the cards of legends by completing ring levels and put them into action. Professional football games lovers and also street fighters or wrestling game lovers will be appreciated by the variety of soccer players and street fighter fans will realize that this unique soccer fight game is one the masterpiece that they waited for a long time.Keep in mind that it is a mixture of football best players games and street wrestling fighting, Various combos in the football fighting game to strike enemies, with martial arts, various tricks would be one of the best helpers in the challenge. These max quick combinations of punches and kicks, as well as air strikes, will be your helpers in the football game fight. you have some fun with best 3D graphics and camera moves in this 3D fighting soccer game. Install now and let know us for more improvement in the review section.Contact with us:[email protected]
Free Soccer Game 2018 - Fight of heroes 歷史版本