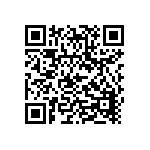 Raksha Bandhan, also Rakshabandhan, or simply Rakhi, is an annual rite performed in the Indian subcontinent, or by people originating from the Indian subcontinent, and centred around the tying of a thread, talisman, or amulet on the wrist as a form of ritual protection. The protection is offered principally by sisters to brothers, but also by priests to patrons, and sometimes by individuals to real or potential benefactors. Differing versions of the rite have been traditionally performed by Hindus in northern India, western India, Nepal and former colonies of the British Empire to which Hindus had emigrated from India in the 19th-century. The rituals associated with these rites, however, have spread beyond their traditional regions and have been transformed through technology and migration, the movies, social interaction, and promotion by politicized Hinduism, as well as by the nation state. Raksha Bandhan is observed on the last day of the Hindu lunar calendar month of Shraavana, which typically falls in August. On this day, sisters of all ages tie a talisman, or amulet, called the rakhi, around the wrists of their brothers, ritually protecting their brothers, receiving a gift from them in return, and traditionally investing the brothers with a share of the responsibility of their potential care. The expression "Raksha Bandhan," Sanskrit, literally, "the bond of protection, obligation, or care," is now principally applied to this ritual. It has also applied to a similar ritual in which a domestic priest ties amulets, charms, or threads on the wrists of his patrons and receives gifts of money.In rural north India, where territorial exogamy is strongly prevalent, large numbers of married Hindu women travel back to their parents' homes every year for the ceremony. Their brothers, who typically live with the parents or nearby, sometimes travel to their sisters' married home to escort them back. Many younger married women arrive a few weeks earlier at their natal homes and stay until the ceremony. Among women and men who are not blood relatives, there is also a transformed tradition of voluntary kin relations, achieved through the tying of rakhi amulets, which have cut across caste and class lines, and Hindu and Muslim divisions. In some communities or contexts, other figures, such as a matriarch, or a person in authority, can be included in the ceremony in ritual acknowledgement of their benefaction. Happy Raksha Bandhan Wishes & Images 2018 contains wallpapers and pictures which you can save and also share through various social media platforms. And wish your loved ones Happy Rakshabandhan.SEND PHOTOS IN SECONDS: Instantly share photos with anyone, right from the app.You can save and share on Whatsapp, Hike, Telegram, WeChat, JioChat, Facebook, Instagram, Twitter, Pinterest, Allo, Snapchat, BBM, Viber, Line, LinkedIn, Messenger, Tango, IMO and many other social networking apps.You can also mail if you want to this app provides you lots of options and ways to share or wish anyone you want to.Tell us what you think! We are committed and we want your feedback.Thank You!!!
Happy Raksha Bandhan Wishes & Images 2018 歷史版本