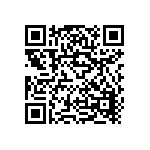 Welcome to the Game Slot Studio. This time we bring IGI Commando Jungle Battle War game of commando action.Have you ever dreamed of the situation that you are Commando of Elite Squad and you are stealth Sniper Shooter of your military crew. you are going in a secret mission on your gunship helicopterto destroy enemy's headquarter. You are ready for your mission but enemy radar spotted you and open fire on your helicopter. Your Helicopter was crashed by the enemy missiles and you jump of the helicopter with your crew before missiles was fired from enemy tanks and gunner machines.You got separated from your other crews and landed on a jungle mountain snow environment area which is filled with wild jungle beast and deadly hungry wolf.You have no where to go and have to find your other crew members and head back to the headquarters. There in Deadly Jungle you are alone with no food but only with your Sniper.In this game, IGI Commando Jungle Battle War , your mission is to destroy the enemy, and that has invaded your land. As soon as you kill all the enemies, finish one level and go into the other. You are required to carefully observe the enemy and the environment, then make a perfect decision to attack. The scenario of the game is a mountain jungle forest environment with enemies hideouts and everything that give an effect of a war that unfolds. You are the main character of the game, the commando and sniper shooter who is equipped with a number of improved weapons. It is also equipped with a radar to help detect the enemy's location.So Be the Commando of jungle Adventure Mission Shooting. This game on the mountain, there is an army sniper, the army command is fully formed, and the team to kill all the enemies, one by one, and you must collect all the weapons and snipers, Some trained terrorists across the border of your floor are accessible through harsh mountains and thick jungles, and they are a real threat to your military base in an area with dense jungles and mountains. You are an expert commando operation in such conditions, the team is represented as Frontline Commando Mission striker, you have to look for every terrorist in this area to shoot them in hell before they could attack you or your brigade in this war area.Basically, this is an army of shooting with action to invite you to have a good time during the game, and it simulates a real fight against terrorists.Features:-* Excellent 3D environment* Fabulous sound effects* Detailed Map for detecting position of enemies* User Friendly GUI and controls* One man army* Best First person shooting Action game* Multiple addictive levels * Multiple Modern Weapons to selectSo What are you wait for? Hold your breath and Download and play this Commando Jungle Shooting game from Google play store.Your Feedback and ratings are valuable for us to keep ourselves busy in creating more fun in the games to entertain you, your family and your friends. In case if you find any bug that needed to be addressed just send us an email, we will improve it and reply to your email as soon as possible.
IGI Commando War 歷史版本