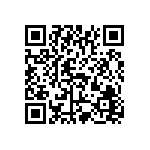 Looking for a clone of Pokémon? New Pokémon Mobile Game is a game in which you have to train pets to make them evolve and kick the hell out of your friends with themIf you're a fan of Japanese-style games and cartoons, today we're going to introduce you to a clone of the famous Pokémon in which you can play with all the characters of the latter. But don't get too excited as you won't have to walk around the streets searching for virtual creatures with your Phone until you get run over by a bus or fall into a ditch. With Pokémon Mobile Game you can play just as you like, sitting down with a beer in your hand and without moving around too much.Game Featuresl  More than 600 kind of Monsters in the game are available. Use balls to collect them!l  Unique gameplay, full of exciting surprisesl  Original battle style! The tactics make everything interestingl  Fight against enemies from all over the world in real time.l  Capture monsters to make them gradually evolve fight after fight  Play as Pikachu, Pachi, and any of your favorite characters in New Pokémon Mobile Game.
Pocket Monster 歷史版本