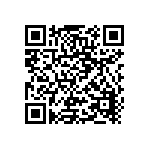 An invasive alien species is any plant or animal that is not native to the province, or is outside its natural range, whose introduction causes, or is likely to cause, economic, social or environmental damage. Invasive species can spread rapidly, out-competing and predating on native species, dominating natural and managed areas, and altering biological communities.Invasive species are one of the leading threats to native wildlife and plant communities in BC; a significant percentage of our threatened or endangered species are at risk primarily due to the growing number of invasive species. The impacts of invasive species, and the cost to eradicate and control them, cost British Columbians millions of dollars every year.This Report Invasives app let you report invasive species sightings anywhere in BC, in a few quick and easy steps. Your report goes directly to a BC specialist for the reported species who will then coordinate follow-up activities with appropriate authorities when required.Your involvement and participation will help invasive species managers across BC in their Early Detection and Rapid Response activities, as well as enhance the knowledge of the current distribution of our already established invasive species.
Report Invasives 歷史版本