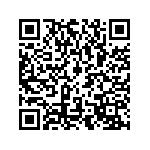 Let’s do a secret mission and be an undercover army officer in this Secret Agent Action: Prison Escape Spy Game. Act like a stealth hero to rescue your poisoned officers from the enemies. This commando adventure is actually an unarmed action combat mission just like prison escape games. You are recruited as an army superhero for this mission to make it possible for your friend to prison escape action games. The uniqueness of this mission game is that no weapon you will use like other spy games. In this action adventure, you are a secret spy agent given rescue operation of agent escape mission like intelligence agencies. You are a one man army for this survival game and elite agent from a secret service agency for this unarmed war.Secret Agent Action Prison Escape Spy Game Features: * Story based stealth hero spy secret agent missions* Modern battle field and army base environment * Amazing and simple game play * Unarmed commando action adventure * Realistic 3D graphics and animations* Enjoy free style fighting and become a superhero of spy games* Hide yourself by enemy sniper shooters for survival* 10 Story based and action packed missionsA terrorist group caught your officer and now you are ordered by your secret service agency to rescue him. Enjoy this third person shooter (TPS) game without using any weapon. You are an unarmed spy agent for this action spy game prison escape mission. Play escape mission fighting game and make your best move to smash hard your enemy. Follow the instructions and rescue your fellow and become superhero of army war game. Be the best army secret agent to help the crime investigation department in this escape story.As stealth hero, use best fighting skills against enemy forces. Hide yourself properly otherwise may be caught in danger by the army sniper shooter of enemy. There are no weapons used in this escape mission like other shooting and battle field war games. You’re unarmed commando recruited for this secret mission to test your fighting skills. Secret Agent Action: Prison Escape Spy Game is not very easy to play without sniper shooting, weapons and limited fighting equipment. So use your fighting skills to complete all levels and win the game.
Secret Agent Action Game 歷史版本