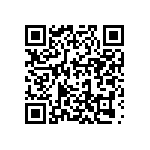 WWE Immortals is a 2D fighting game that takes the athletes of the WWE into a reality and makes them Fantasy Heroes. It is a free-to-play mobile game that will feature epic Superstar battles in a fantastically re-imagined WWE World. The game borrows many technical elements from Injustice: Gods Among Us including graphics and sound, as well as the three vs. three combat format. In addition, Immortal Credits are earned through gameplay and used to buy and upgrade characters. The fighting style in WWE Immortals is similar to other games in the same genre, such as Injustice: Gods Among Us (made by same studio) or Marvel Contest of Champions. You can choose three different fighters and fight in epic three-on-three battles where you control your heroes with an intuitive system designed specifically for touchscreens. The game offers Battle matches, with seven matches that revolve around a certain Immortal character, and offers a Challenge match once the initial battle matches are complete. Once the main character boss is beaten, the player can move onto another Battle match, with each set of matches getting progressively harder. In WWE Immortals, you can not only play solo against the AI but also in an online mode where you battle other players via the Internet. The game also features online competitive battling, where players can challenge with their Immortals against other players' Immortals for prizes of Immortal Credits, special Gear cards (along with regular Gear cards), and exclusive renditions of characters offered in these online tournaments (such as gold Animal Batista, Voodoo Bray Wyatt, Sharpshooter Bret Hart, etc.). Players earn Battle points (BP) to increase their tournament ranking by competing in three types of matches: Singles Match (one opponent), Show Match (3 opponents), and Main Event (5 opponents). Extra BP can also be earned by completing Daily Quest requirements. These matches also may reward players with Stamina cards (to reenergize their Immortals to fight again) and even Gear cards. For each pay-per-view event currently going on in WWE, a Gear card and ticket Gear card named after that event will be offered as a prize depending on player's ranking at the end of the week. FEATURES: FIGHT Use the touch screen mechanics of your mobile device to do epic battle with your enemies in 3-on-3 combat. Swipe and tap to perform combos and build your power to pull off special attacks and use each Superstars’s customized superpower. MASSIVE ROSTER Collect and play as fantastical versions of your favorite WWE Superstars: Triple H, John Cena, The Undertaker, The Bella Twins, The Rock, Stone Cold, and many more. Each iconic Superstar comes with unique variations, featuring special powers and moves. LEVEL UP Build your move set, increase your powers, upgrade your characters, and conquer your competition. Constantly evolve your roster to fit your style of play and put your best Immortals forward as you take on a series of combatants. ONLINE MULTIPLAYER Take on real opponents in Online Battles and compete against players around the world in live, in-game events tied to the WWE and earn awesome rewards. AMAZING GRAPHICS Delivers best-in-class graphics on your phone or tablet, with custom animations for every single WWE Superstar. Engage in battle across multiple worlds, all tailored for each Superstar’s alter-ego, fully rendered in 3D. Visually speaking, WWE Immortals is excellent, justifying the 1.5 gigabytes of space it takes up in memory. The design and modeling of all the fighters is spectacular and has nothing to envy the aforementioned Injustice. We think you may also like the GAMES: TEKKEN™, Mobile Legends: Bang Bang, and Last Day on Earth: Survival, ect.
WWE Immortals 歷史版本